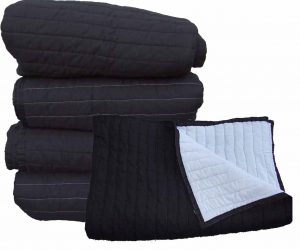 Green Technology, which educates the public and private companies about green technology efforts, hosted a trade show in April 2013. In preparing for the conference, the group confronted major issues with acoustic room treatment. The group hosted several workshops in a large open exhibit hall, competing with other Audio/Video presentations

Green Technology is an organization that works with the private sector in developing and distributing green technologies and standards for states. The organization successfully used Producer’s Choice Acoustic Blankets during a Trade Show.

A Walk-In Acoustic Vocal Booth For Excellent Audio Recording VocalBoothToGo.com Acoustic Vocal Booths are acoustically optimized sound enclosures. These full-size, mobile vocal booths instantly cut reverberations, reflections and echo creating the most optimal acoustical treatment for all types of audio recording. Plus, these vocal booths are transportable and you can take

Solve your acoustical problems in seconds. Do you need a portable vocal booth while traveling? Have little or limited space for a recording studio? Then the Carry-On Vocal Booth Pro can solve your acoustical needs at home or on-the-go. And yes, the CoVB Pro is ready to use in 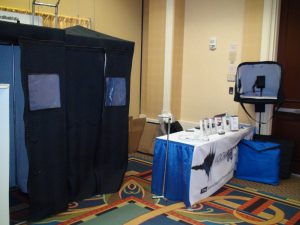 VocalBoothToGo.com exhibited many of its innovative Vocal Booths during VO2013 ATLANTA in late March, the largest event of its kind in the southern United States. As part of this voice-over conference, VocalBoothToGo.com served as a Silver Sponsor and donated two of its popular vocal booths in a contest and event 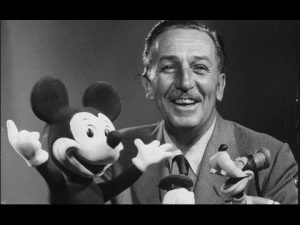 Q: Do you offer free shipping?

A) Free shipping, most of the time, is usually some type of trick to entice the buyer into making a purchase or to buy something that normally would not sell.  Most companies will actually add-on the shipping charges into the total price, so essentially, you are paying for the shipping. 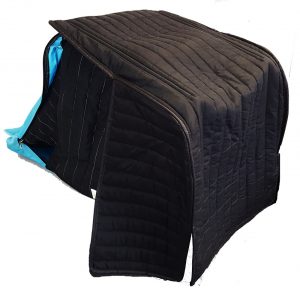 Q: I’m a VO talent and just moved near a very busy street. Do you think, for broadband noise reduction, that the Producer’s Choice blanket curtains, combined with bass traps, a cloud on the ceiling and some foam would do the trick?

A) Producer’s Choice blankets are designed for many things and for this purpose too. In fact, blankets are the only product from your list that can be used as a barrier. If you hang it over the window, it will absorb sound passing through it somewhat. So the noise will

The Hanging Acoustic Vocal Booth instantly takes care of your acoustical treatment without much space or time! This full size vocal booth hooks to the ceiling or another reliable support system. Cancels out reverberations for clear recordings. Easy to pack and store. Weight: 40 lbs; Size: 40 x 40 x

Q: I live outside of the USA and can not reach you by phone.

A) Unfortunately, our toll free number is only valid for customers living in the United States. If you are overseas but would live to talk by phone, please send us an email with the best phone number and time to reach you as well as the country or time zone 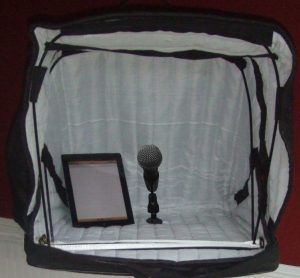 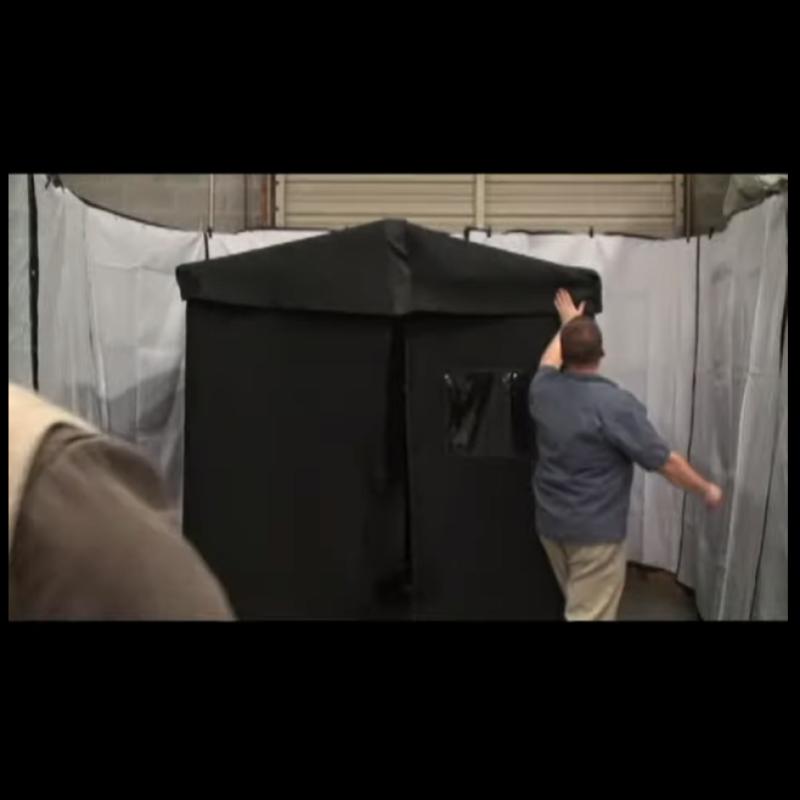 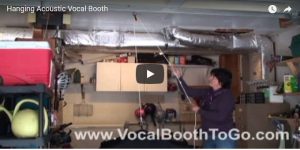 What Is The Hanging Vocal Booth?

How to build a vocal booth quickly in a garage, basement anywhere. This is a new product from VocalBoothToGo.com that is designed to help anyone with limited space and/or resources to instantly create acoustically dead space for great audio recording. This video shows how to get great sounding audio recording