THIS IS OUR BIGGEST SALE EVER!

As summer vacationing time is here we know you will appreciate this! The best Portable Vocal Booth is on SALE NOW!

In anticipation of Carry-on Vocal Booth Pro 2016 we are selling  out the Old model of COVB at a Huge discount!  We need to make room for the new arrival.

It is about this Portable Carry-on Vocal booth the senior producer of BBC radio , Dominic Ross wrote to us:

The booth works very well in situations where we need a significant reduction in unwanted reflections. We made a number of recordings in open offices, in an office and even the basement of the carpark in the stairwell and the results were very good indeed.

As said, we are impressed with its overall effectiveness…>>

Voice of America, FOX sports reporters, voice actors in US, UK, Canada, Russia, South Africa and Australia, New Zealand and Brazil and so on ( we had shipped Carry-on Vocal Booth to every continent except Antarctica), all praised efficiency, convenience and durability of this booth.

Yet, it needs to make room for the younger, brighter and stronger new generation Carry-on Vocal booth.

We will reveal the newcomer in August.  But for now we want to say our great THANK YOU and farewell to the Old Carry-On Vocal booth!  It has seen places and went where no other vocal booth has gone before! 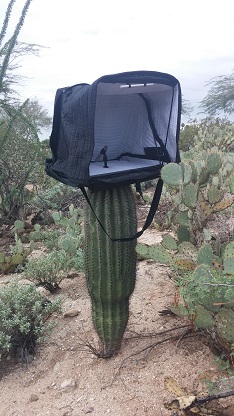 “I’m Very Picky and I love Your Product!

I have to tell you, I have been looking for the perfect travel companion for a long time to do voiceover. Your Carry on Vocal Booth Pro is just amazing! No Boxiness and no Boominess.

Just wanted to send some love!”

We want you to take it home now.

It gets the job done!

It will serve you well.

It will save you a great deal of money and it will make you even more!

“ But the best part is that the CoVB sounds GREAT! This is the ONLY portable VO booth that actually allows you to work inside the booth – and there is absolutely no boxy sound or resonance that you’ll hear with literally every other portable VO booth on the market. ”
James Alburger, Voice Acting Academy.

TO ORDER JUST CLICK HERE AND GET IT WHILE IT IS STILL AVAILABLE! 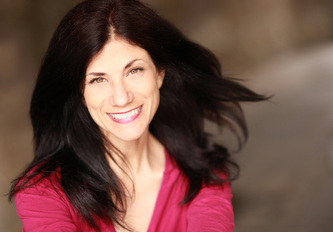 Voice over artist and accomplished book narrator, Mary Sarah Agliotta, was about to make a leap of faith. She wanted to move closer to her children, but that meant leaving behind a professional recording studio and facing the challenge of delivering a good sound at an unknown location.

It so happened that she attended the Mid-Atlantic Voice-Over Conference (November 2014) of which VocalBoothToGo.com was a sponsor. Mary Sarah paid close attention to the presentation of the portable Carry-on Vocal Booth, made by VocalBoothToGo.com. She knew her current situation was critical.  She just received a book narration contract from a large client and was in the middle of a move. Her work had to be delivered in a short time and be of the highest quality. She was worried about being able to deliver the work without using her tested recording studio, and no time to build a new studio space.

Having a deep understanding of the technical side of voice over work, she knew that taking care of soundproofing and/or acoustic treatment of her new space was imperative to continue on with her work, so she made sure to include in the rental agreement that the apartment must be able to be soundproofed. Yet, the reality was far from ideal.

With the holiday season and schools on break, neighbors upstairs were making a lot of noise.  Her landlord refused to cooperate and comply with soundproofing requirements.  The quality of Mary Sarah’s audio narration work was on-the-line and definitely on her mind. She just received a book narration contract from a large client and was in the middle of a move. Her work had to be delivered in a short time and be of the highest quality. She was worried about being able to deliver the work without using her tested recording studio, and no time to build a new studio space.

We call it the Carry-on Vocal Booth. but it should be called The Ultimate Road Warrior’s Recording  Studio. But is it actually easy to travel with? Can you really carry it with you on an airplane? And, how does it sound?

How It All Works 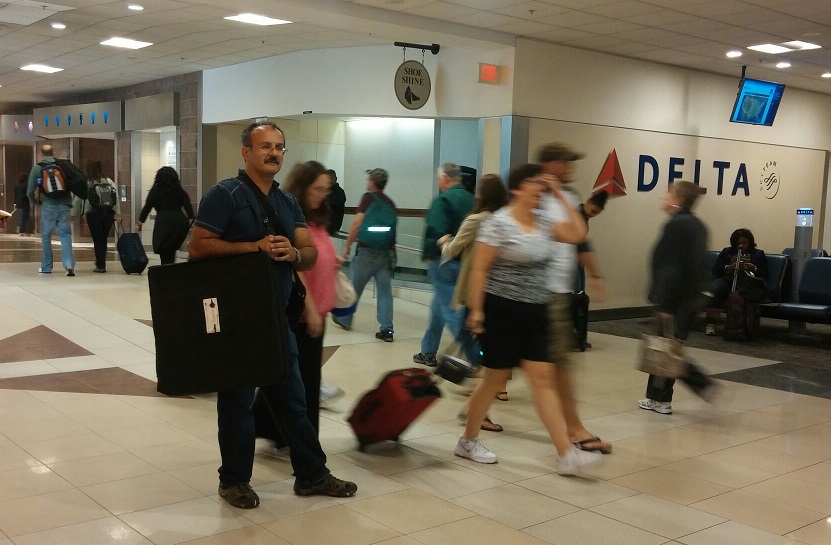 Obviously, the main concern for most travelers is whether it can be carried on a plane as a carry-on luggage or does it have to be checked-in as baggage? Voice actors and others who have traveled around the world with the Carry-On Vocal Booth have told us that that in most cases, they have had no problem with taking the portable vocal booth on a plane. In some cases, they were asked to place it in a cargo compartment when they boarded, similar to checking in a baby stroller.