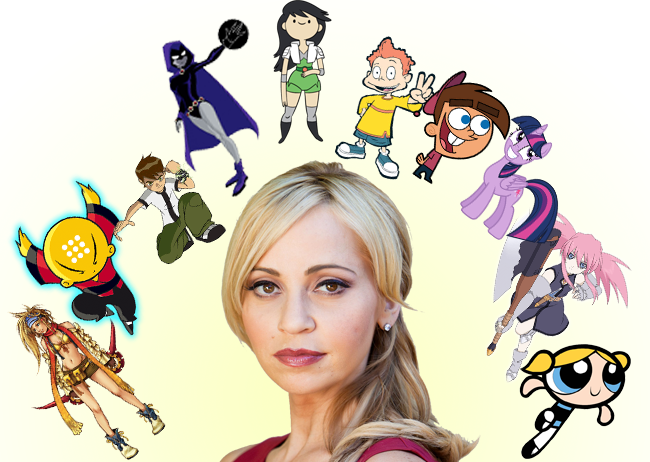 Our next voice actor star is a known for her many cartoon characters, and boy does she have a list! From, Hello Kitty to Timmy Turner, Raven to Twilight Sparkle, Dil Pickles to Bubbles and so many more, this American-Canadian actress has captured the hearts of many with her chameleon-like vocal prowess. Second on VocalBoothToGo.com’s list of Top Voice Actors is none other than Tara Strong.

Tara Strong was born on February 12, 1973 in Toronto, Ontario. Tara showed a strong interest in acting at an early age. When she was 4, she played a solo role for a school production. She even worked at the Yiddish Theater, learning her lines phonetically since she could not speak the Yiddish language. (1) This showed her talent for vocal ability and adaptivity at a young age. Tara got her first professional role in Limelight Theater’s production of The Music Man as Gracie. (1) After receiving a few other smaller roles on television, she moved to Los Angeles in January 1994.

Tara Strong’s first major cartoon voice over role was for Hello Kitty’s Furry Tale Theater as none other than the famous Hello Kitty.  She also played main characters for Nickelodeon and Cartoon Network shows.  She played Dil Pickles from Rugrats, Batgirl from The New Batman Adventures, Bubbles from The Powerpuff Girls, Timmy Turner from The Fairly OddParents, Bebe and Cece from The Proud Family, Ingrid Third from Fillmore!, Raven from Teen Titans and Teen Titans Go, Omi from Xiaolin Showdown, and Twilight Sparkle from My Little Pony: Friendship is Magic: that is just a handful of roles she has played. 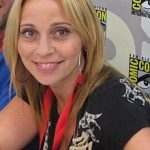 With the years of voice acting experience, Tara Strong has also had the opportunity to do voice overs for various video game projects. She has played Rikku in Final Fantasy X, Presea from Tales of Symphonia, and Harley Quinn from Batman: Arkham City, just to name a few.

In 2004, Tara Strong won an Interactive Achievement Award for her role as Rikku in Final Fantasy X-2. (2) In 2013, she won the Shorty Award for “Best #Actress” for her use of social media. (3) But most of all, she has given life to so many characters that we all enjoy today.

Tara Strong is still an active voice actor for both television, video games, and the movie industry. Her ability to adapt and portray a variety of characters from all ages and genders proves that she deserves to be on our Top Voice Actor list.

We will leave you with some voice acting advice from Strong herself: