Dean Wendt – The Voice of Barney the Purple Dinosaur 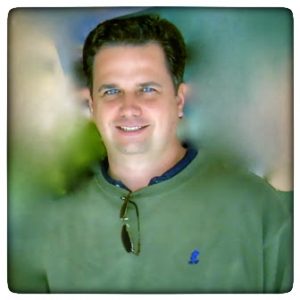 If there’s one thing Dean Wendt knows—really knows—it’s sound. You may know Dean Wendt as the voice of Barney, the iconic purple dinosaur from Barney & Friends.

Dean Wendt is probably best known as the voice of Barney The Dinosaur on the hit children’s show Barney and Friends. He was also the co-founder and Disc Jockey on Radio Disney but left to dedicate his time to voicing “Barney” after Bob West decided to retire in 2001. His voice has appeared in various Barney mediums including concert tours around the world like “Barney’s Beach Party LIVE ON STAGE!”, Barney’s Colorful World and Barney Live “The Let’s Go Tour” and has also appeared in over one-hundred TV shows and over 25 videos. Dean’s voice has been described as warm and friendly, believable and likable to exciting and powerful. The guy next door that so many clients seek, young and hip or he can be the voice of Dad. He can even do character voices when needed.

His experience includes over 20 years on radio stations in Chicago, Orlando, and Dallas. Plus he has voiced thousands of spots for Dean had tried lots of acoustic solutions and portable vocal booths throughout his career. When he stumbled upon VocalBoothToGo.com he knew he had a winner. He quickly became a huge fan of the Carry-On Vocal Booth, VOMO. The VOMO with the Sound Isolation Hood was able to rid him of annoying reverberations that were wreaking havoc on his recordings, a problem which he had not been able to find a solution for until now.

“I’ve pretty much bought all the stuff Jeff has,” Dean says of Vocal Booth To Go’s owner, Jeff Morgan (talk about literally putting your money where your mouth is!). “It’s really great stuff.”

Dean had been looking for products he could use to record that would ensure high quality audio that’s when he came upon Vocal Booth To Go. Excited to see the line of products we had to offer, but skeptical to their efficiency, Dean decided to start off by renting a Portable Acoustic vocal booth (AVB-33) and used it to do commercial voiceover work for a week while he was on the road. And the rest is history! Blown away by the sound quality and its ease of use and portability, Dean became a proud Vocal Booth To Go supporter.

“No one yet has ever questioned my audio quality”

Topping off his experience Dean praised the customer support he received when placing his order. From all his pre-order questions to his feedback after his rental VocalBoothtoGo.Com, owner Jeff answered all his questions and even got some great ideas on how to improve some of the products that were later implemented in the latest edition, VOMO which Dean is currently using today.