The History of Voice Acting

Voice acting has become a popular alternative to being in front of the camera, and it done professionally as well as for fun by hobbyists. Can you believe it’s been almost 110 years since what is regarded as the first ever voice over was recorded? Many wrongly assume that Walt Disney was the first voice actor, voicing Mickey Mouse in Steamboat Willie in 1928, but it was actually Reginald Fessenden in 1906 who holds this achievement. 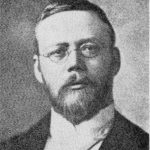 On Christmas Eve 1906, Fessenden became radio’s first ever voice, although six years earlier, he had successfully reported on the weather during a test whilst working for the United States Weather Bureau.  Fessenden reported that on the evening of December 24, 1906 (Christmas Eve), he had made the first of two radio broadcasts of music and entertainment to a general audience, using the alternator-transmitter at Brant Rock. The broadcast consisted of Christmas messages and music. 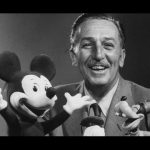 Today’s definition of voice acting is usually related to actors that voice animated characters. And of course, of the most recognized early voice actors was none other than Walt Disney. Walt, together with his wife Lilly, his brother Roy’s wife Edna, and Ub Iwerks, inked the first Mickey Mouse cartoons in 1928. The first two cartoons he created with Mickey didn’t sell so he added synchronized sound and provided the voices to Mickey and Minnie to the third one, Steamboat Willie. Walt Disney continued to voice Micky and Minnie Mouse until 1946. 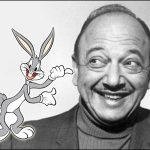 Another key voice actor also belonged in the cartoon industry. Mel Blanc worked for Warner Bros. and Leon Schlesinger Productions and quickly became one of the most prominent voice actors of the time. A former radio personality, Mel first joined Leon Schlesinger Productions in 1936 and earned himself the title, “The Man of a Thousand Voices,” one which, to this day, he is still referred to by.  Voicing some of the history’s most famous cartoon characters, including Bugs Bunny, Tweety Bird, Porky Pig, Daffy Duck and other Warner Bros. classics, Mel is accepted by many as the first outstanding voice actor who set the bar at an incredibly high level for others to follow in his footsteps over the forthcoming years.

Prior to Mel’s involvement with Leon Schlesinger Productions, voice artists were given no on-screen credit for their work; something which changed when the company refused to award him a pay rise. As a compromise, Blanc requested that his name be added to the credits. This did wonders for his career and quickly earned him a wealth of recognition. The question we must ask is, at what stage would voice artists have been credited had Mel not asked for, and been turned down, that pay rise?

Fast forward to the present and we now find that there’s often a very fine line between a big screen actor and a voice actor and, whilst there was once a clear divide, recent years have seen some of Hollywood’s most known names voicing animated characters in both film and TV.

We will continue to explore some of today’s voice actors for movies, TV, radio, and podcasts. Stay tuned to learn more about the most influential voice actors across the nation and in the world.